How can we define autonomous levels of operation in the O&G industry?

We are challenging the oil and gas industry to identify levels of autonomy for remote operation and create a library of technologies!

The vision for the future in the oil and gas industry is to develop installations that are unmanned, digitalised, fully automated, remotely overseen and monitored by humans. In this context, both topside and subsea infrastructure, including operation, drilling and well services, will support autonomous operations by using artificial intelligence, digitalisation, drones, and robots. All logistics on sea and interfaces to the field will cater to autonomous vessels, overseen and monitored remotely in centralised centres, which handles multiple assets and fields, in different locations.

How can we define autonomous operation levels in the oil and gas industry?

There are clear indications that the oil & gas business is moving towards unmanned and automated operations of oil fields. This is a step towards autonomous oil fields, which includes the operation and supporting functions of having licenses to operate. Most companies in the oil and gas industry want to become more autonomous in their operation, production, automated start-ups, drilling, maintenance, and supporting functions such as logistics and 3rd party functions.

What we mean by autonomous operationsis that the oil and gas fields would be fully automated, with decisions made and tasks performed without human intervention. A completely automated oil field can perform all operating functions under all conditions. The systems take the required actions and only informs the human if it decides that it is necessary. In this situation, humans only oversee and monitor the operations.

There are several levels of autonomy to aim for depending on the technology, systems, decision making levels, and operating procedures involved. Having a clear understanding of the different levels should provide clarity to the industry about the specific requirements of different automation strategies and add content to the different layers of asset support that drive multi field operation strategies for decision making.

The car industry has already defined the different levels of autonomy regarding self-driven cars (e.g. Driverless cars – levels of autonomy, Techopedia, David Scott Brown). The marine sector has also completed a similar exercise. In the oil and gas industry, we have completed some work to describe what we mean about automatic systems (ref. Autonomous Systems: Opportunities and Challenges for the Oil & Gas Industry, NFEA 2012). However, we would like to raise the focus and debate on trying to agree on the different levels of autonomy and what they mean in the oil and gas industry. 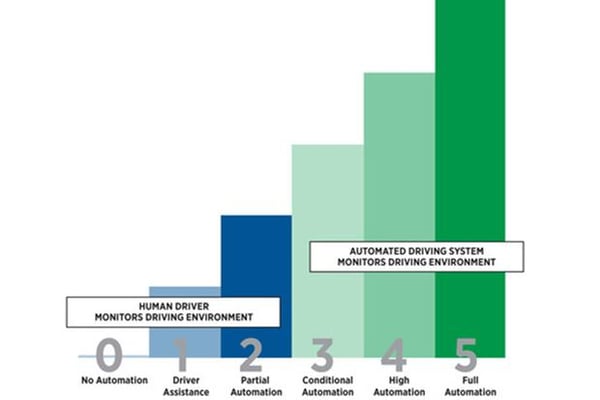 The different levels of autonomy

Let us start by using the same levels as the car industry to grade the autonomy of oil fields. These levels are graded on a scale from zero to five, with zero indicating no autonomy and five signifying complete autonomy. To distinguish between the different levels, we will focus on the decision-making carried out by humans versus artificially intelligent systems:

Level Zero -No Automation / Human Control & Operated: All aspects of operating and supporting the oil field are in the hands of humans and supporting functions. The humans initiate all control and give input to a system for operation of the field. Non or minor use of computerised tools and data collated for on-board decision-making.

Level One - Limited Automation / Human Control: Some built-in capabilities in systems for operation of the oil field. The system can augment the human’s ability to perform an activity but cannot act without accompanying human input. All decisions are still made by a human, but there could be decision support.

Level Two - Partial Automation / Human delegated:  Two or more automated functions work together to relieve the human of control. The system selects the action and implements it if the human approves the action. The system can perform limited control on a delegated basis. The human will remain fully engaged with the operating tasks, but the human will notice the gradual transfer of control from man to machine.

Level Three - Conditional Automation / Human supervised: The system can perform a wide variety of activities, supervised or given permission by a human. The system does not have the capability to self-initiate behaviours that are not within the scope of its current directed task. The human is still needed, but different systems in the oil field can perform all aspects of the operating task under some circumstances. The system selects the action and informs the human in case they want to cancel the action or tells the human what is done if not cancelled by the human. The human still has to monitor the systems, ready to intervene at a moment’s notice.

Level Four - High Automation /Mixed initiative: The oil field doesn’t need a human in control. The system can do the decision making, based on sensed data, artificial intelligence, and programmed functions, but the human can intervene and take control as needed. Both the human and the system can initiate actions and behaviours.The human can understand and relate to the system’s decisions and actions, as if they were his own.This level of automation means that the systems on an oil field can perform all operation and alarm handling “under certain conditions”.

Level Five - Fully Autonomous / Automated: The oil field is fully autonomous, with decisions made with no human intervention. A completely automated oil field can perform all operating functions under all conditions. The systems do the actions if it decides it should be done. The system informs the human only if it decides that it is necessary. In this situation, humans oversee and monitor the operations. 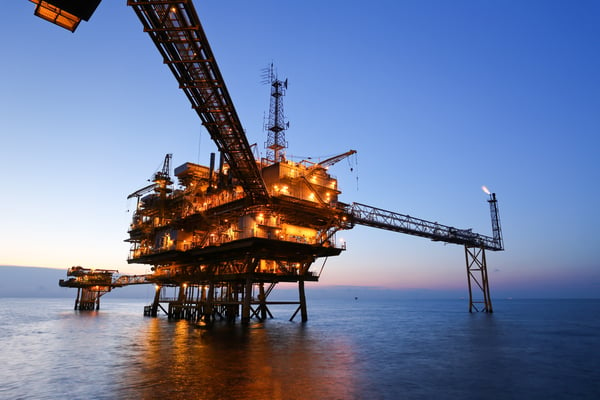 Are you ready for a challenge?

We want to challenge the oil and gas industry to give us feedback on the proposed definition of the autonomous levels above, so that we can agree on a common definition of autonomous operations to be used in operating models and strategies. In addition, we would like to start the collection of examples of digitalised technology, either proven technology or technology to be developed, within the different levels of autonomies for the oil and gas industry. Our aim is to establish a library of artificially intelligent and digitalised technologies that can be used to achieve the different levels of autonomous operation or are being used in field development when describing the vision and strategies for new oil and gas fields.

Please comment with your suggestions below. We will create a library based on your suggestions and examples, which will be sent out to everyone that participates. We will also present this library on a website, openly available for everyone.

Will the Norwegian oil and gas industry be sustainable in the future?

What factors do we need to consider for sustainability in the oil and gas industry? Do we even need this industry in the future?

Is the way we work in the Norwegian oil and gas industry outdated?

The ambition to improve the way we operate in the oil and gas industry is at an all-time high. But can we actually modernise the way we work?

What are the industry trends in cyber security?

Digitalisation has increased the need for cyber security in the past few years. How are the trends linked to the threats and what we can do about...

Get notified on new articles from Eldor