Do I have a problem with my control system?

Detecting problems with the control system is the first step to fixing them. Read more to learn which indicators and problems to look out for!

We all know how a small, trivial thing can escalate and turn into a big problem. A tiny decimal point can make all the difference. Consequently, it’s important to know what can go wrong if even a small variable is set incorrectly, and of course how to detect if there are any potential problems that can develop within our control system.

How do I detect potential problems?

A typical indicator of an existing control system issue regarding the selected tuning parameters for a controller, is if controllers are set to operate in manual mode over a longer period of time. This usually means that the parameters selected for the controller are too aggressive and needs a more conservative adjustment. Suppose that a process plant has several controllers operating in manual; in that case, it is likely to have a negative effect on the plant production, as the control room operator will have to use more time on operating controllers that should be operating in auto mode. This is taking unnecessary time from the operator, which otherwise, could have been spent on other improvements on the process plant.

Another indicator of a control system issue is if the process is oscillating, meaning there are many high fluctuations in the process over time. All processes are oscillating to some extent, but good tuning parameters will contribute to making the oscillations as small as possible. If your plant has frequently triggered alarms due to fluctuations in the processing facility, the controllers may be in need of a new set of tuning parameters. 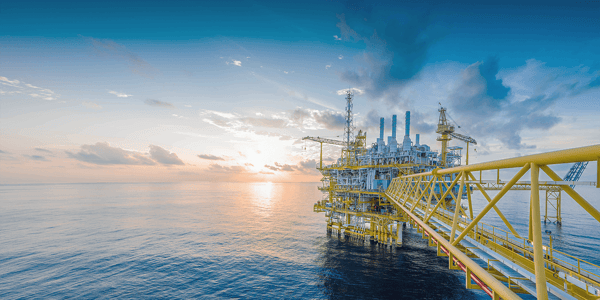 Why is it important that these problems don’t escalate?

A problem with the control system can, in worst case, lead to an unplanned shutdown. A less serious consequence of poor control is unnecessary maintenance. A poorly controlled process is likely to be oscillating more, and the mechanical elements associated with moving a valve or damper will wear out faster. Increased production costs are also associated with a poorly controlled process due to higher energy consumption and feedstock consumption. Another problem with poor controller tunings is when controllers are operated in manual over time. When controllers are set to manual, the operator needs to monitor and spend time operating the controller. Lastly, a result of not utilising optimal parameters, is possible loss of production.

In a more stable production environment, the quality will be better, and the quality of the product will be the same regardless of when it was produced.

How a small problem can lead to shutdown

What can I do about my control system problems?

One thing you can do to avoid these problems or correct the problem if it is already causing trouble, is ensuring that the parameters selected for the controllers have been selected through a systematic approach, taking the process dynamics into consideration. Considering process dynamics includes taking into account how the surrounding loops are affecting each other. This ensures an optimised process and will, in most cases, lead to increased uptime and could increase production by as much as 5-10%!

Do I have an alarm problem?

How to take full advantage of your control system

Learn how you can get the most out of the automatic control system at your plant to minimise waste production and energy consumption!

There are many ways a plant’s process control system can be optimised. After some time, the parameters that worked so well, might not be working...

Get notified on new articles from Eldor